When Quality Is a Promise, Size Is No Excuse 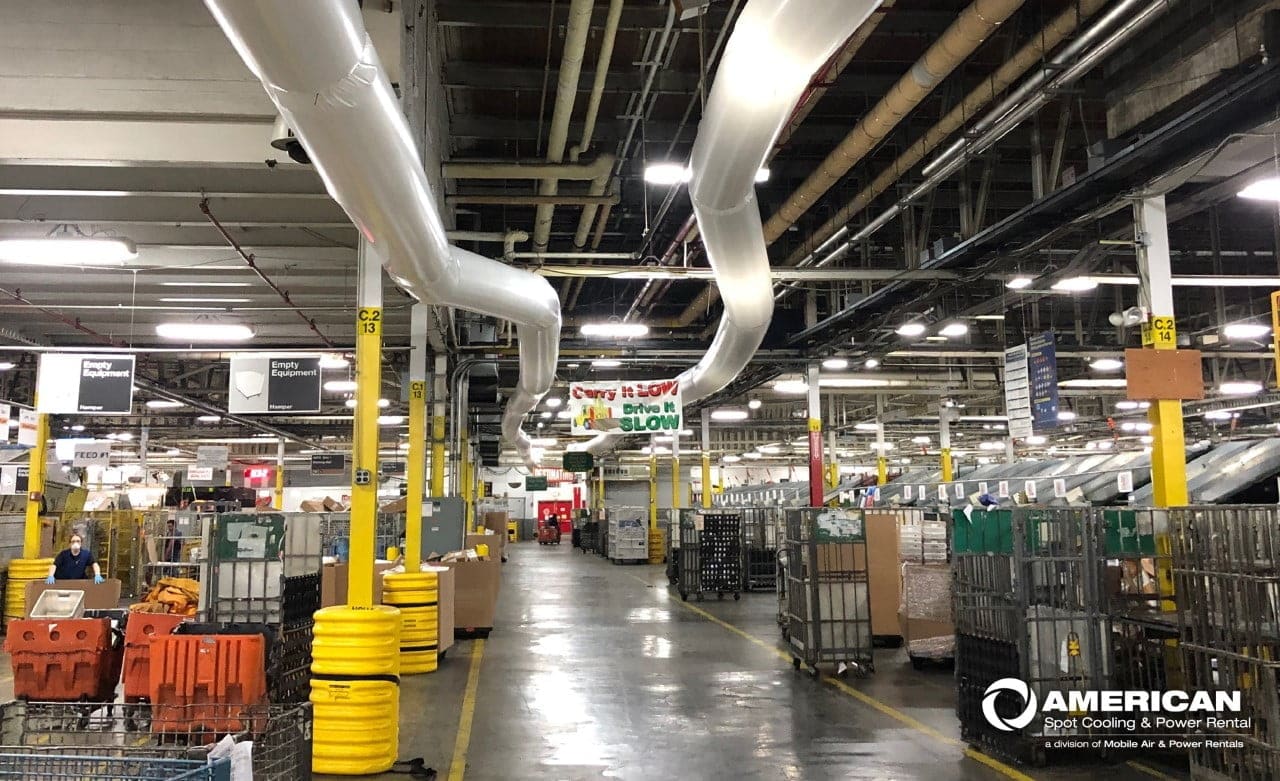 Sometimes our technicians come across straightforward jobs that are minimally demanding and take a matter of hours to install. Other times, they face enormous buildings where ducting and cable need to be run from one corner to the other, hundreds of feet away. This was the case for the install team at one Long Island shipping distribution center, stationed in a hanger previously used to manufacture military fighter jets. The shipping center, which has several hundred thousand square feet of floor space, had suddenly endured a breakdown of all 15 of its 25-ton rooftop cooling units one day. Since the shipping company operates under regulatory standards that include indoor temperature requirements, it was vital for cooling to be restored before employees threatened to strike. When they contacted American Spot Cooling & Power Rental, we were prepared to quickly install a temporary cooling solution in the complex building.

Initially, things did not bode well for the job ahead of our sales representative, who was tasked with engineering a solution for the distribution center. Upon his first walk of the site, he discovered that the building only had two viable access points for ducting, which were both located in one corner of the hanger building. He designed a 350-ton cooling solution for the building, no easy feat when both ducting and power cable would have to be run across the length of the building’s ceiling. Nonetheless, the representative created an effective design for the rental air conditioners and rental power distribution, and a team of four technicians arrived to install the equipment.

They initially installed eight 25-ton air conditioners, although an additional 140 tons of cooling were added soon afterwards. About 2,000 feet of cable and 2,000 feet of ducting were run along the ceiling, as safety regulations prohibited placing the materials on the building’s floor. Due to the particular constraints of the building, the installation techs needed to think outside the box in order to strategically distribute power to the units. This entailed securing a spider box by the ceiling, a creative solution that complied with OSHA requirements. By the time the technicians were finished, the installation had culminated in exemplary work that gained the attention of other companies within the rental industry for its excellence.

During the months it took the distribution center to repair its permanent AC system, the rental cooling solution kept the busy employees under cool conditions for work. 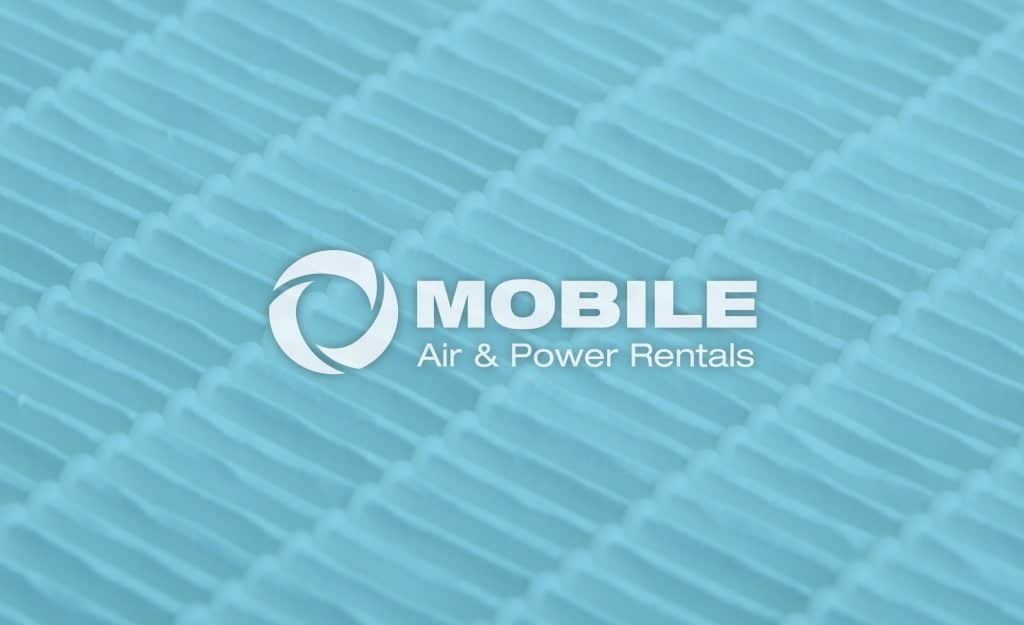 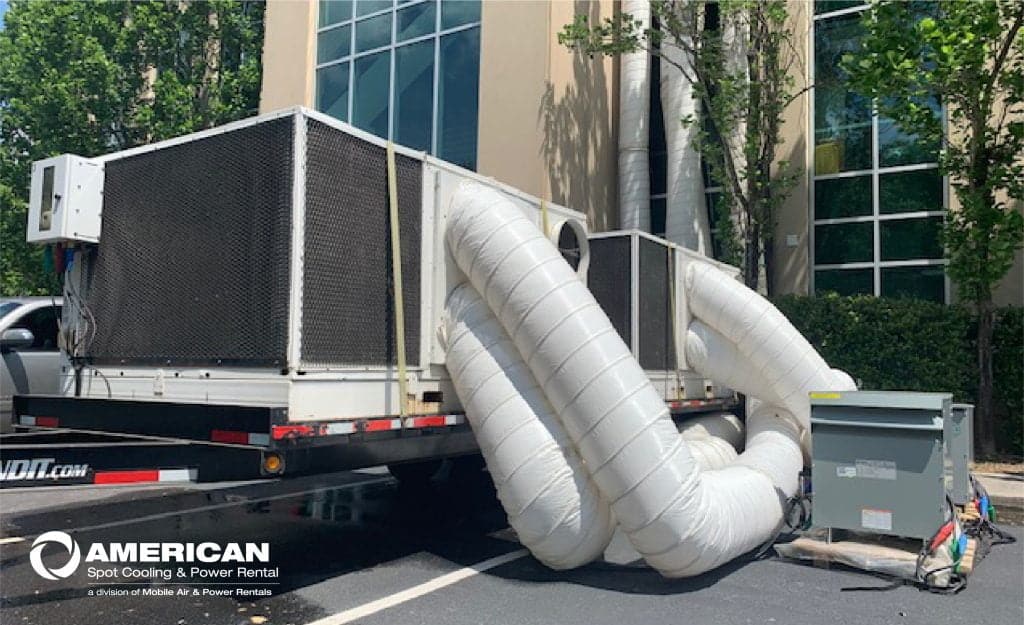 Summer: A Beautiful Time of the Year — Until Your AC Goes Out 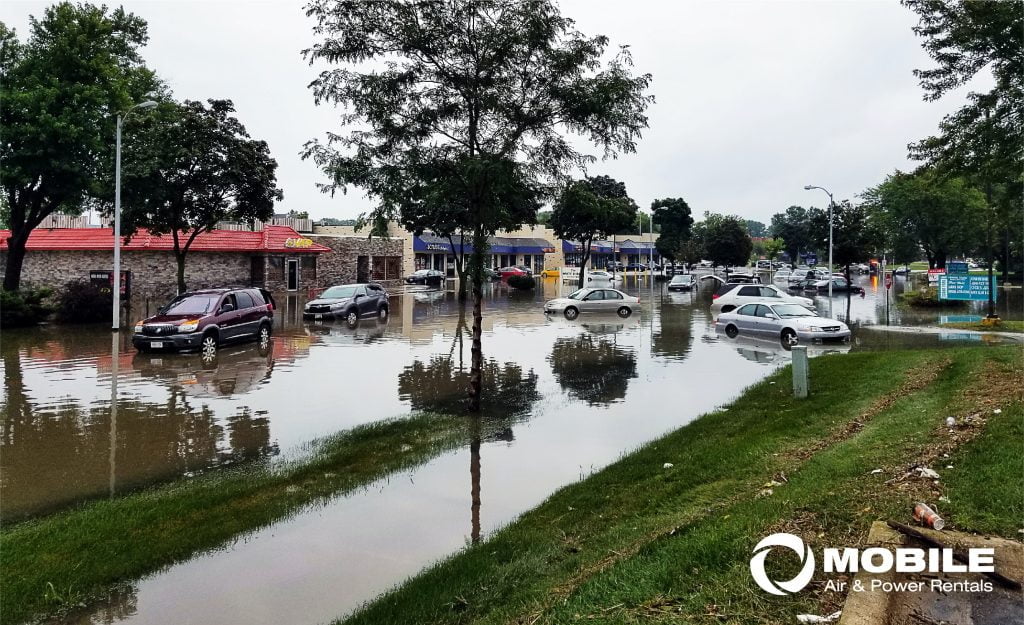 Staying High and Dry: How to Prepare for Flooding, and How We Can Help 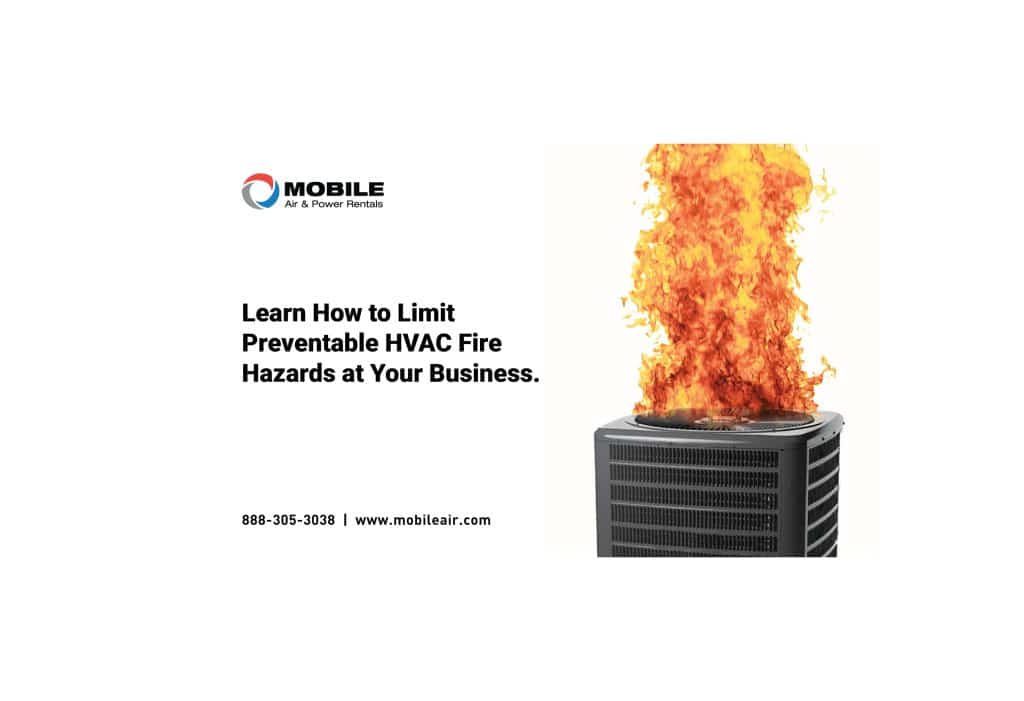